The Homework of Art 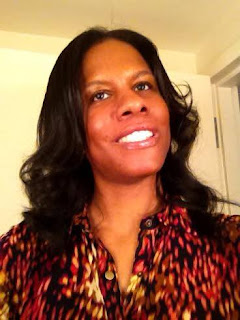 I originally drafted this editorial piece last December on request from a regional business magazine, which focuses on my perspective as an artist from a business standpoint and as a business woman.

I once described myself as a person who mainly works as a university professor and moonlights as an artist. My weekday hours are dedicated to meeting the demands of my work as a professional in academia where the goal is excelling in the primary areas of evaluation and review, which include research, teaching and service. Even during periodic stretches of time on sabbatical leave when teaching and service are not expectations, writing assumes center stage and consumes a lot time. Yet, because having a space to nurture interests unrelated to my academic agenda is crucial, I have had to carve out time to also be productive as an artist. Maintaining a well-equipped home-based art studio and doing my work as an artist effectively from the space of home is a must.

I made my first mixed-media appliqué art quilt as a senior at Spelman College in 1992. I continued to make art quilts as a graduate student in the 1990s at Duke University and when I joined the faculty in the University of California system. In California, my art studio was a corner in my living room. Because of my steady pace and rhythm of art production, by the time that I went up for tenure in 2004, I had also developed a body of art work and was invited by the director Georgette Norman to do my first solo show at Troy University's Rosa Parks Museum in Montgomery, Alabama in 2008. My quilt portraits project is grounded in family quilts featuring my grandparents, Emma Jenkins Richardson and Joe Richardson, during their years of living in Florida during World War II.

Since 2008, I have been on the faculty at Cornell University where I have continued to excel as a professor. I have also begun to establish a reputation as an art quilter whose work has been documented in books and films. It has appeared in national exhibitions from “Un Patchwork de Cultures” in France to “Quilts for Obama” at the Historical Society of Washington, D.C. The former opportunity entailed my being brought to Paris in 2009 under the auspices of a grant from the U.S. Department of State as a Cultural Envoy of the U.S. Embassy in France in its “Speaker Series,” and honored with a talk, exhibition, film screening and reception at the U.S. Ambassador’s Residence in tandem with the exhibition’s Paris opening.

I have been able to produce a substantial body of quilts by working steadily for at least two hours primarily on Sundays after church. I first established this pace and rhythm when I spent that window of time reading the Bible in a year as a graduate student. My work sometimes spills over into other periods during the weekend, or inflects some weekdays during my summers off. My art studio makes my art projects accessible and allows me to maximize my work time.

As my art project developed and on the road to my first solo show, I released several complimentary print cards primarily for the purpose educational outreach, which also necessitated collaboration with a photographer. When I lived in California, the photographer for my first show, Keith Stevenson, would periodically visit my high rise condominium apartment in downtown Sacramento and shoot my quilts on the balcony, which was another way in which the work related to my quilts unfolded at home. We scheduled a couple of photo shoots at his apartment in Berkeley facing the Golden Gate Bridge. We even did a public photo shoot on the campus where I worked, UC Davis, during Black Family Weekend and permitted film students to document it. The print cards are fun to produce and have received an enthusiastic response, which makes me optimistic about possibilities for seeking a deal to market, distribute and sell them for profit, along with other merchandise, for my unique quilt portraits. My goal is also to open my own art studio and gallery for purposes of community outreach, and to establish an art production company that tithes 20% of any profits to support community interests. Quilters such as Carolyn Mazloomi and Kyra Hicks are among the people who inspire me in the field. Similarly, I admire Faith Ringgold for her famed quilts and wise business example.

So far, the exposure that I have received as an artist has blessedly come without even working with a publicist. Yet my project could not have ever reached the success that it has reached at this point without the contributions of a committed production network whose work has also overlapped and been highly collaborative. Patricia A. Turner’s regular trips to my apartment in California to document my work as a quilter for her book first introduced me to Keith’s photography and her interviews established the groundwork for my later appearances in documentary films. Filmmakers Anne Crémieux and Géraldine Chouard showcased Keith’s photography in their film about my art. I have learned a lot from witnessing their expertise in film and photography. I have also learned by working with various curators.

Over time, as my art career has developed, it has definitely also been necessary to do a lot of homework in building my literacy about business, a must for the wise artist. Since living in California, I have kept a portfolio outlining my business plan in detail, as well as diligent records, so that I will be prepared when the doors open to the right opportunities. In 2007, I had to decline the opportunity to be represented by an art dealer who sells the work of major African American artists, and who wanted me to draw my images on paper instead of fabric, my fundamental and foundational medium. I have faith that I will meet the right one at the right time. In art as in everything, I am confident that walking by faith, keeping my project pure, maintaining its integrity, and making the right choices will guarantee the best and most meaningful kind of success.
Posted by Riche Richardson at 4:19 PM